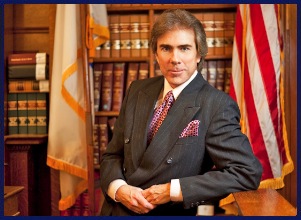 Attorney William Kickham has been a member of the Massachusetts and Federal Bars since 1988. Prior to entering the private practice of law, Attorney Kickham was Public Affairs Counsel in the mid 1980's for the Massachusetts Academy of Trial Attorneys, the Massachusetts affiliate of the American Association for Justice. (For many years previously known as the Association of Trial Lawyers of America, or ATLA.) In this position, Attorney Kickham specialized in tort law, personal injury law and civil justice matters. He testified regularly before committees of the Massachusetts legislature and before members of Congress, as well as appeared in many broadcast and newspaper / print media, and is a specialist in tort law.

Later, in the late 1980's and early 1990's, Attorney Kickham served as Regional Director on insurance liability issues for a major national property / casualty insurance trade association, the Insurance Information Institute. In this capacity, he managed liability insurance issues for the insurance industry, appearing regularly on talk shows, and in print and broadcast media, as well as before state and federal legislators and consumer groups to explain complicated legal issues.

For nine years, from 1995 to 2004, Attorney Kickham was the host of his own television program, "At The Bar," broadcast most recently on the Comcast cable network in the suburban Boston market. A public affairs talk show, At The Bar discussed and analyzed a wide variety of legal issues and cases of interest to the viewing public, from national media cases to high-profile cases in Massachusetts and New England. Attorney Kickham's guests included the Attorney General of Massachusetts, legislators and members of the Massachusetts General Court, the President of the Association of Trial Lawyers of America (now the American Association for Justice) and legal celebrities. In addition to serving as Host, Attorney Kickham was also the Executive Producer of At The Bar . He has appeared several times as a commentator and legal analyst on Court TV .

Importantly, Attorney Kickham uses these media skills when necessary in representing his clients in complex personal injury cases. This is an important benefit our firm offers, and represents specialized expertise that most other firms can not provide. Attorney Kickham has extensive experience managing media relations on high-profile legal cases and issues, and brings time-tested skills in positioning his clients' best interests before the media, when necessary. This can mean minimizing exposure, or possibly maximizing discussion of his clients' cases in the media, for their targeted benefit. In today's information age, this kind of added skill is a distinct advantage, and can be critical to producing the specific legal outcomes you seek.

Attorney Kickham is a member of "Who's Who In America," was a recipient at age 22 of Outstanding Young Men In America , and was a Trustee Scholarship Recipient at Suffolk University Law School. He resides with his wife, Debbi, in Westwood, Massachusetts.

Civic Activities
Tell Us About Your Case
Free Injury &
Accident Tip SheetClick to Download
Click On Each Practice Area Below To Learn More Details
Client Reviews
★★★★★
"When I fell in that supermarket and knew I had broken my leg, one of the first things that went through my mind was, "How am I ever going to take on a company this size and receive any decent compensation for what's happened to me?" Because of you, I received a sizable settlement payment for my injury. I hope more people learn about the kind of legal talent you offer." Jeanine W.
★★★★★
"The act of placing my father in a nursing home was probably the most painful decision I've ever had to face. You took our case on, and you and your associates fought the owners of this business, tooth and nail. You never gave up. As a result, my father's estate was paid considerable money for his pain and suffering." Joan W.
★★★★★
"My whole life changed on a dark day in December 1989, when I was hit and pinned against a wall by a commercial delivery truck. I was almost DOA at the hospital Emergency Room. Because of my injuries, I cannot work full-time ever again. Because of you and your colleagues' work, I received a large settlement." Jim Y.
★★★★★
"My mother had suffered a heart attack in the fall, and the hospital doctors completely missed this in her vital signs and EKG. My mother died the next day, and she didn't have to. But because of your diligence and talent, her estate received a very large settlement payment, along with revised ER protocols to prevent such errors in the future. For my mother and future patients, we thank you for what you did for her." Dorothy W.
★★★★★
"When our son was hit by a car in a crosswalk, our one and only concern was his recovery and well-being. We had no idea what we were facing: A maze of obstacles put up in our path by the insurance company for the driver who hit our son - denying responsibility for the accident. If we hadn't had you by our side, we feel we would have been eaten alive by this insurance company's lawyers. You guided us from day one, and you never rested." Bob and Mary J.
★★★★★
"You know what impressed me most about you (aside from your legal talent)? I know that my injuries from my car accident weren't the worst that you had in front of you - my case was far from the biggest case in your office - but you represented me like my case was worth a million dollars. I can't thank you enough." Margaret G.
★★★★★
"There are two things that I will never forget about my car accident: The sound of screeching tires just before my car was hit by the other driver, and, much later, the sound of you telling me that the entire ordeal was over with, and that I was going to receive just compensation for my injuries. The rest, I want to forget - but I'll never forget you and what you did for me." Karen D.
★★★★★
"Choosing to hire William D Kickham was one of the best decisions I could have made in recent years. He was very prompt, to the point and delivered on his promises. He is a true professional and I couldn't be happier with his results. I will continue recommended his services to anyone in need of legal guidance." Rick
View More
Submit a Law Firm Client Review