Although most people would be stunned to learn the true level of medical malpractice (or “medical negligence”) that occurs in this country, as an experienced medical malpractice attorney serving the greater Boston area, the truth is, nearly 100,000 patients die each year from medical errors. And consider: That figure reflects only the actually reported cases – many times that amount are never even reported at all, due to patients and their families either not possessing enough information to proceed ahead with a legal action, or by just being intimidated by the overall, complex healthcare industry in the United States. Research has indicated that the number of medical negligence cases officially reported, represents only about 15 to 20 per cent of the amount actually occurring.

Despite what many people were brought up to believe, doctors are not flawless. They make mistakes, and when they do, terrible injuries, even death, can result. This happens a great deal more than most people know, and can be scary when you think about it. When this happens, the medical negligence alone can be devastating enough. The lives of the victims of medical negligence, and their families, can be forever altered or destroyed. However, the law in Massachusetts provides legal rights to victims of such injuries, and it is important that people know the facts surrounding this problem, and their options if this happens to them. 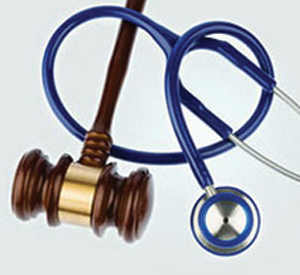 This is a complex question, but very briefly (and very generally,) medical malpractice consists of errors (and such errors can be of several different types) committed by a medical professional (usually a doctor, nurse, a hospital, etc..) which cause resulting harm to a patient. The harm suffered could be (and usually is) physical, or it could be emotional. The error(s) that the doctor, other medical professional, or hospital is alleged to have made, must be shown to be the type that a similarly-situated doctor or medical professional would not have made, under the same or similar circumstances. Broadly speaking, this is the ‘Standard of Care’ that the defendant in such a case is held to, when a jury (or judge) decides if the defendant is liable for damages. This “standard of care” that a doctor or other medical professional is measured against in a medical malpractice law suit, can be several of several types, but such standards are generally widely-known in the medical profession. They may appear in a peer-reviewed medical journal (such as the New England Journal of Medicine;) they may be endorsed by a professional medical organization (such as the American Medical Association;) but in general such standards are widely known among medical professionals in their particular fields of practice. Unfortunately for some patients, occasionally doctors and other medical professionals sometimes deliver care that does not meet these standards: Negligence occurs and harm results to the patient. Examples of this include failure to diagnosis a disease (such as cancer or heart disease,) which leads to death or loss of the opportunity to cure the disease when it was at an early stage that was treatable, or failure to diagnose a condition due to routine tests or procedures not being ordered. Failure to notice fetal distress during delivery, casing injuries or perforations to adjacent organs during surgery, even leaving surgical instruments in a patient, are all not unheard of.

Medical Malpractice can occur in many areas. Some of these areas include, but are not limited to, the following:

To fully explain exactly what constitutes medical malpractice is complex and would take far more space than this website allows. The factors determining whether or not medical malpractice has occurred in a given situation are very fact-specific and situational. A qualified medical malpractice attorney can analyze your situation and answer these questions for you. If you suspect that you or someone you know may have been the victim of medical malpractice, contact us for a free consultation. We are very experienced in this area of personal injury law, and can give you the critical advice you need.

Tell Us About Your Case
Free Injury &
Accident Tip SheetClick to Download
Click On Each Practice Area Below To Learn More Details
Medical Malpractice & Medical Negligence
Client Reviews
★★★★★
"When I fell in that supermarket and knew I had broken my leg, one of the first things that went through my mind was, "How am I ever going to take on a company this size and receive any decent compensation for what's happened to me?" Because of you, I received a sizable settlement payment for my injury. I hope more people learn about the kind of legal talent you offer." Jeanine W.
★★★★★
"The act of placing my father in a nursing home was probably the most painful decision I've ever had to face. You took our case on, and you and your associates fought the owners of this business, tooth and nail. You never gave up. As a result, my father's estate was paid considerable money for his pain and suffering." Joan W.
★★★★★
"My whole life changed on a dark day in December 1989, when I was hit and pinned against a wall by a commercial delivery truck. I was almost DOA at the hospital Emergency Room. Because of my injuries, I cannot work full-time ever again. Because of you and your colleagues' work, I received a large settlement." Jim Y.
★★★★★
"My mother had suffered a heart attack in the fall, and the hospital doctors completely missed this in her vital signs and EKG. My mother died the next day, and she didn't have to. But because of your diligence and talent, her estate received a very large settlement payment, along with revised ER protocols to prevent such errors in the future. For my mother and future patients, we thank you for what you did for her." Dorothy W.
★★★★★
"When our son was hit by a car in a crosswalk, our one and only concern was his recovery and well-being. We had no idea what we were facing: A maze of obstacles put up in our path by the insurance company for the driver who hit our son - denying responsibility for the accident. If we hadn't had you by our side, we feel we would have been eaten alive by this insurance company's lawyers. You guided us from day one, and you never rested." Bob and Mary J.
★★★★★
"You know what impressed me most about you (aside from your legal talent)? I know that my injuries from my car accident weren't the worst that you had in front of you - my case was far from the biggest case in your office - but you represented me like my case was worth a million dollars. I can't thank you enough." Margaret G.
★★★★★
"There are two things that I will never forget about my car accident: The sound of screeching tires just before my car was hit by the other driver, and, much later, the sound of you telling me that the entire ordeal was over with, and that I was going to receive just compensation for my injuries. The rest, I want to forget - but I'll never forget you and what you did for me." Karen D.
★★★★★
"Choosing to hire William D Kickham was one of the best decisions I could have made in recent years. He was very prompt, to the point and delivered on his promises. He is a true professional and I couldn't be happier with his results. I will continue recommended his services to anyone in need of legal guidance." Rick
View More
Submit a Law Firm Client Review